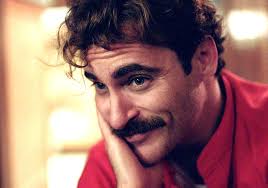 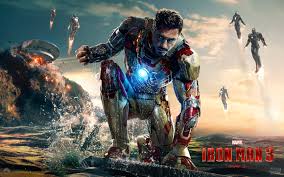 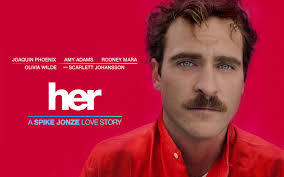 Well, it’s not like I can do so much freaking Oscar reviews without doing a quick prediction. These predictions will have the same format as my Razzie predictions, with my top three picks for every category, except the ones which I haven’t checked out because they didn’t have any Best Picture Nominees (Categories with an “*” are categories in which I’ve seen less than three of the nominated movies). Also, if any movie that I did not watch wins their respective category, that movie will be added to my seemingly never-ending queue of reviews.

This one is pretty much a no-brainer. While Benedict Cumber-Dragon was amazing and J.J. Abrams lens-flared Star Trek into beautiful oblivion (I’m hoping that nonsense I just pulled out of my ass makes sense to somebody), Gravity had some of, if not the most  the most, beautiful visuals I’ve ever seen in my seventeen years of watching movies.

I’m still not entirely sure how one critiques editing, so admittedly, this category is kind of a crapshoot for me.

American Hustle could beat out 12 Years, because it did have a pretty fantastic costume design team, or whatever (And Amy Adams’ necklines sure help), but I think that the latter’s  costumes were just a little bit better.

I’m shocked that American Hustle wasn’t nominated for this category, but honestly Dallas Buyers Club should win this award, based solely on the work they did with Jared Leto.

I’m kinda surprised that Nebraska was nominated for this category, because I really didn’t like the choice of black-and-white colouring, but whatevs. Gravity should and will win, anyways.

Assuming that “Production Design” means “film sets and such”, I’d give it to 12 Years, mainly for the stunning contrast between the natural beauty of Louisiana and the brutality of the subject matter.

Yes, I know I mixed the categories of Best Sound Mixing and Best Sound Editing, but a) It’s pretty much the same movies, and b) I don’t know what the fuck the difference between sound editing and sound mixing is supposed to be.

Best Original Song (I Haven’t seen most of these movies, but the songs are on YouTube, so all’s good.)

Let’s face it, Disney songs are pretty much the bomb. Keep in mind that this is coming from somebody who thinks that any song off London Calling is the pinnacle of Western Civilization.

Like I said, Gravity‘s score is fantastic. I liked Hers’ soundtrack too, but Philomena‘s just seemed nondescript to me.

I  haven’t seem any of the movies nominated for these, because a) Honestly, these are the least interesting categories to me and b) While I actually love animated movies, there’s no way I’m going to a theater filled with screaming eight-year olds to watch Frozen.

I didn’t find any of these scripts to be legendary, per se, but they were still pretty damn great. It could really go any way.

I wonder if I could somehow develop David O. Russell’s amazing dialogue-writing ability without also developing his crippling douchiness…

Holy shit, I son’t think you could have picked three cuter nominees for this category.

Pictured: The Axis of Adorable.

Jennifer Lawrence is my favourite actress, and June Squibb was awesome too, but there’s just no way they match up to Mexican-born Kenyan Actress Lupita Nyongo’s film debut.

Fassbender played Edwin “Evil Incarnate” Epps to perfection, and Somali actor Barkhad Abdi was awesoome in his debut, but they just had bad luck this time, going up against Jared Leto as the tragic Rayon.

I think that Cate Blanchett is gonna win, considering the love she got at the Golden Globes, but I loved Sandra Bullock.

Man, does Leo ever have bad luck getting easy opponents on Oscar ballots, huh?

I had to pretty much flip a coin to decide who I thought was better between McConaughey and Ejiofor. All I can say is that I hope I don’t have to type either of their names again until next Oscar season, at least.

I’m not that big of a director guy, but you don’t have to be one to know that Cuaron did a fantastic job with Gravity.

Just read my review of 12 Years a Slave, it’ll tell you all you need to know.