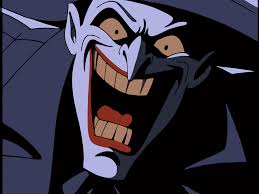 So, in my review for the pilot episode of Gotham, I went into some detail about what I liked about the show in that 45-minute debut, and, as I found, there was quite a bit to like. The actors were great, the writing was tight, the atmosphere was appropriately dark, and its take on the Batman mytho seemed interesting enough to hold my attention. It’s not like it was flawless though. I found the framing of Gordon to be stupid, I felt that they tried to cram in too many villain cameos and in respect to the villains, there was a bit too much pointless fanservice.

Were those problems resolved in the second episode? Well, kinda. The cameos feel a lot less pointless this time around, and it feels like every character served at least some semblance of a purpose to the plot. Problem is, the fanservice is still there, and it really got on my nerves this time around. It wasn’t so much Cobblepot’s dislike of the title of “Penguin” that bothered me this time around as the title character, Selina Kyle (Played by Camren Bicondova)’s insistence on being called “Cat.” Seriously. That is the very picture of violently beating subtlety to death.

… We pretty much would have figured it out based on the fact that she dresses pretty much exactly like what you’d expect Catwoman to dress like, minus the skintight catsuit and gratuitous cleavage.

All of a sudden, I feel the urge to play through Arkham City again.

Also, is it just me or did the writing seem to take a turn for the worse? I wasn’t like it was a work of art, but it sure wasn’t as clunky as, say “My name is Cat” or whatever. And while I do like Bruce Wayne in this show, his dialogue seems a touch too formal for-what is he, a twelve year old?

While I’m still bitching about things I didn’t like, I really hope that the subplot about Allen and Montoya believing that Gordon is a crooked cop is wrapped up neatly and disposed of within the next episode or so. Man am I not interested at all in that being a thing.

Before I sign off, I feel like I should compliment what this episode does well, because honestly, there’s still a lot of good things to say. The show still looks fantastic (I’m a sucker for comic book visuals) the performance are still great (Robin-Lord Taylor is my favourite actor on the show at this point, and Camren Bicondova did a fine job as Catwoman Jr.), the villains were sufficiently menacing, I appreciated the reference to the Dollmaker (If you don’t know who that is, do yourself a favour and read the first volume of the new Detective Comics series) and hey, despite its’ faults, I still liked the episode! Yeah, it didn’t live up to the pilot, but I don’t think that it’s that serious of a setback. I, for one, can’t wait to see what the next episode brings.