“I heard a joke once. Man goes to doctor. Says he’s depressed. Says life is harsh and cruel. Says he feels alone in a threatening world. Doctor says ‘Treatment is simple. The great clown Pagliacci is in town tonight. Go see him. That should pick you up.’ Man bursts into tears. Says, ‘But doctor… I am Pagliacci.’ Good joke. Everybody laugh. Roll on snare drum. Curtains.”   -Rorschach (Watchmen)

I swear, I’m not gonna cry while typing this. Here goes.

At 1:02 PM on Tuesday, American Academy award-winning actor and comedian Robin Williams  was pronounced dead at his house in Tiburon California. Pending investigation, the Coroner Division of Marin County suspects the death to be a suicide via asphyxiation, as he was battling severe depression in the time leading up to the incident.

To be completely frank, I think I might’ve grown up a little bit past Robin William’s heyday. It’s not like he was inept in the 21st century or anything, he still gave great performances, for the most part, but in recent years, for every World’s Greatest Dad , there were at least a couple RV or Old Dogs thrown in there. There might’ve been a TV show somewhere in there, but it got lukewarm reviews and got promptly cancelled.

Thankfully, my parents are Robin Williams fans and introduced me to some of his stuff from the glory days, like Good Morning Vietnam, Dead Poets Society, Good Will Hunting and so on. I fell in love with the guy immediately, although one kids movie in particular really sealed the deal for elementary school me.

Nah, just kidding, it was Aladdin.

Personally, my favourite Robin Williams movie is Good Will Hunting, while his best performance was in Good Morning Vietnam, but that’s a topic for another day.

The tragedy of Robin Williams got me thinking though: What was it about him that made such a large group of people spanning multiple countries lose their collective minds (Myself included)? Well, in my humble opinion,  think it was because Robin Williams represented the uncle we all had, or all wish we had. A funny, irreverent guy who always emitted a very friendly, approachable aura.  It helps that he was a nerd too, and was especially a big Legend of Zelda fan (Even going so far as to name his daughter Zelda, which, admittedly, isn’t that outlandish of a name). Check out this commercial that he did for the 3DS Ocarina of Time revamp.

It makes me so sad that someone who brought so much joy to so much people suffered with enough internal demons, enough to make him take his own life in what I imagine to be a rather gruesome and painful manner. I would go on a rant about the people who would scoff at Robin Williams for his unfortunately successful suicide attempt, but this is neither the time nor the place.

In conclusion, I’d like to offer as much condolences as possible to his family and friends, and thank Mr. Williams for making so many people around the planet laugh themselves silly and for making this world just a little bit more awesome through both his charitable work and his all-around decency as a human being. He truly was one of a kind, and Planet Earth is worth off without him. 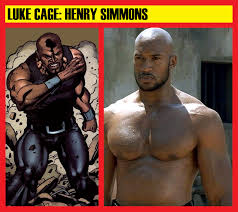