I like to think that Daniel Craig got the part of James Bond by murdering Pierce Brosnan with his bare hands and taking his suit. Would you really be surprised?

Everyone’s favourite alcoholic, mass-murdering man-whore is going back to the basics! And by “basics”, I don’t mean “Scottish accent, casual 60’s sexism and villains/women with extremely implausible names. ”

Based on: James Bond by Ian Fleming

Plot: After an unauthorized assassination mission in Mexico City gets slightly out of hand, James Bond (Daniel Craig) decides to investigate a shadowy, malevolent organisation named Spectre that seems to be controlling world events is somehow linked to him for unknown reasons. Ignoring M (Ralph Fiennes), he decides to  venture forth into the world to find out what Spectre’s deal is. Meanwhile, back at home, M is involved in a power struggle with C (Andrew Scott), the head of the Joint Intelligence Services, who wants to get rid of the “00” program and institute a global intelligence organisation that would make the NSA look like kids’ stuff. Shenanigans ensue

If you were to take the opening Mexico City sequence of Spectre, cut out everything that comes after it, and present just that scene as a James Bond short film, I would be absolutely thrilled with it. This sequence is incredibly aesthetically pleasing, with an action scene that ranks among the best in the franchise, a tracking shot that would make Martin Scorsese feel a slight twinge of jealousy, and Day of the Dead imagery that generally looks awesome. It was amazing, and as the first act clipped along, Spectre had me by the throat. It was so much goddamn fun.

And then the second and third acts happened, making that first act one of the more prominent examples of cinematic blue balls in the history of film.

Before I start shitting on Spectre, I should point out that it’s really not even that bad of a movie. It’s not particularly good, sure, but it’s not like it’s overwhelmingly bad, either. Instead, it finds itself floating in the purgatorial ether, being not good enough to overwhelmingly praise, but also not so bad that I can go Fantastic Four on it. That’s frustrating for me, seeing how I’m pretty much incapable of conveying any emotion on a movie besides exaggerated positivity or overwhelming hatred, but such is life.

There are things to like about Spectre thouh, and they do help make up for some of its many faults. Daniel Craig continues to impress as a Darker and Grittier™ Bond who, interestingly enough, is referred to as being an “assassin” frequently throughout the movie, which I kind of like, as the job title kind of fits the tone that the Craig movies are going for.  At this point, it’s a toss-up between him and Sean Connery in the race for my Favourite Bond, but I’m leaning towards Craig, as he kind of looks like he could break Connery in half with only his pinky finger.

The other cast members also do a solid job, although that compliment comes with some caveats, which I’ll get into later.

As was the case in the other recent Bond films (Even, you know, that one. Please don’t make me speak its name), the action, when it does occur-

-is extremely well-directed by Sam Mendes, cementing his newfound reputation as an excellent action director (Which is what we had all predicted after watching American Beauty, obviously). Even more impressive is the gorgeous cinematography from the excellently named Hoyte van Hoytema and the score from Thomas Newman (Although admittedly, when the bare minimum you’re expected to do in the score is this, that simplifies the composer’s job of pumping up the audience, I would expect) 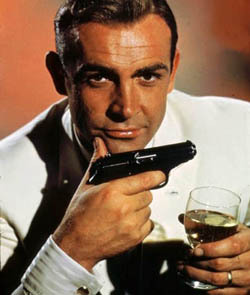 Just the very act of hearing that theme makes me want to chain-smoke, binge drink, speak with a Scottish accent, and punch a racial caricature in the face.

With that out of the way, do you remember that obvious foreshadowing from a few paragraphs ago? Well, it’s time for it to come into play!

While the action in Spectre is extremely impressive, these kinds of scenes become few and far between from the second half onward, and the fact that this movie has a two-and-a-half hour long runtime doesn’t help one bit. In the meantime, we’re left with Bond’s relationship with Lea Seydoux’s character, his relationship with Christoph Waltz’s character, and the M vs. C subplot, straight out of Mission:Impossible- Rogue Nation. Out of those three, the last one is probably the most entertaining, but that’s only because M and Q have some funny lines in them, it’s not because that subplot is anything worth writing home about.

Lea Seydoux is a great actress, and I’m glad she’s getting a lot of work now, but I wanted to punch her character in the face every time she appeared on screen. I’m still waiting for an explanation  of how she mattered to the plot in any extent, and her whining about her daddy issues and how Bond is an asshole for saving her are both tiresome tropes that should’ve died out in the Mesozoic Era during which they were conceived.

Some of the drama in the movie also revolves around the question of “Is this the girl who’ll finally be the one to win Bond’s heart?” Fuck that. It’s not so much that this trope bothers me if it’s done well (As in: Every single spy movie known to man-fucking-kind), but if THIS was the girl to turn Bond from a badass killing machine into, I dunno, a fucking soccer dad, I would probably lose all faith in humanity.

And now we get to the villain. I could name a million reasons why SPECTRE and Franz Oberhauser make no fucking sense and are generally stupid and idiotic. I’m going to name two.

First of all, Christoph Waltz in any role should be a home run (Just ask Quentin Tarantino!), especially as a villain. He isn’t helped out by the plot though, and he kind of comes across as though he’s phoning it in. It doesn’t exactly help that he appears in exactly three scenes, and we have to wait almost two goddamned hours just to see him again. We sure have learned a lot of backstory about him, though! A backstory that is so phoned by the Powers That Be that my eyes rolled so far into the back of my head that I can’t see anymore. I’m actually screaming this into a tape recorder, and it’s going to be written into the blog by a street urchin that I’ve kept chained up in my basement for this very purpose.

Seamus, if I come home, and you’re still bitching about your goddamned dead parents, I’m rescinding your privilege to look me in the eyes when speaking to me!

Second of all, even with this half-assed backstory, we learn very little about him. How did he become the leader of Spectre? What does he hope to get out of Spectre? How did he get his fearsome reputation? And how exactly did he and Spectre engineer the events of Casino Royale, the second one, and Skyfall? Wouldn’t you like to know? So the fuck would I! After the sophisticated, intricate  storytelling of Skyfall, I guess the filmmakers decided audiences would be happy with a villain whose character is even more minimalistic than those from the early Bond films, with none of the personality.

I dunno, maybe audiences are gonna be fine with it. I’m happy with whining pretentiously from my high horse, though.

Overall: I enjoyed Spectre for the things that it does well, but it’s shortcomings are just too numerous for me to call it a “good” movie. Look at it way: 2 out of 4 in baseball ain’t bad!!! 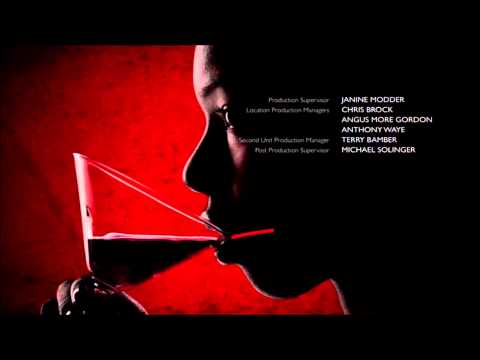 The opening titles are fucking incredible though, so there’s that.