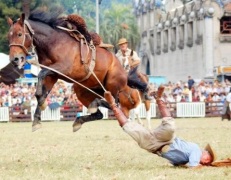 That horse has eaten and shat out things that would entertain me more than some of these movies.

Just a heads-up, I know that Mission: Impossible is coming out this weekend, and that’s a huge deal, and Fantastic Four (Quick prayer) is coming out next weekend, but I may not be able to see either of them. MI5 is more likely to be missed, unfortunately, but I’ll try to see it some time this weekend, even if the review comes out later than I’d like. Same goes for FF, but… Well, we’ll see.

Whatever, let’s get into this shitshow.

Plot: Susan Cooper (Melissa McCarthy) is a CIA agent, but not one of the cool ones, who get to steal state secrets, make quips, assassinate world leaders, and the such. Instead, she is desk-bound, guiding her partner (Jude Law) on his missions through his earpiece. However, criminal heiress Rayna Boyanov (Rose Byrne) steals a nuclear device, and all field agents are unable to go after her, as she has learnt all their identities. In a last-ditch effort to stop The Bomb from getting into the wrong hands, Susan is sent after Rayne. Hilarity ensues.

Before this movie, Melissa McCarthy was struggling to get out of a rut. After a hilarious, Oscar-nominated turn in Bridesmaids, she kind of became a more talented, female version of Kevin James. Identity Thief was awful and The Hangover Part III  didn’t exactly help matters. The Heat was pretty good, but she followed that up with Tammy. I would rather watch somebody getting a needle slowly stuck into their eyeball than watch Tammy again.

After that arid wasteland of a comedy, McCarthy turned in a great dramatic performance opposite Bill Murray in the solid dramedy St. Vincent. Now, in Spy, she gets to join Charlize Theron as one of the biggest of the notable female asskickers this year. Who would’ve thought that?

And guess what Bryce Dallas Howard? She had the foresight to kick all that ass after TAKING OFF HER FUCKING HEELS.

What I loved about this movie is that it doesn’t fall into the trap of making fun of McCarthy’s appearance for the entire runtime. When I compared McCarthy to Kevin Fucking James earlier, I didn’t mean in terms of talent and acting ability, because the best performance that Kevin James has ever turned in is in goddamn Barnyard.

Alternate tagline: “It’s like if the plot from Lion King didn’t want to live!!!”

What I saw in Tammy that worried me was the growing resemblance to a movie like Paul Blart: Mall Cop in terms of story, character and humour. I’m sure you know what I mean. It’s one of those movies that appeals to the lowest common denominator, who just want to see a movie about stupid people who don’t meet societal standards of body image falling over and generally not being funny.

In Spy, McCarthy is not only very funny- She’s extremely capable, highly intelligent, frequently the most capable person in the room and, get this, a legitimate action star. We live in a world in which Melissa McCarthy can be an action star. That is so goddamn awesome.

Only for me to still probably forget them in an actual real-life confrontation.

The Boy Next Door

Plot: Claire Peterson (Lopez) is having a rough go of it, going through a separation with her cheating husband (Corbett) and being left with custody of their oft-bullied son (Nelson). All appears to be going better after a new neighbour, Noah,  moves in next door (Guzman) to help his elderly uncle, who only exists as a story device and, without explanation, does not appear again once his story purpose is served. Good job writers! That isn’t infuriatingly bad writing at all!

Anyway, the Boy Next Door (Wank-off motion) helps the son stand up for himself and becomes good friends with him, as well as Claire, who is to be his high school English teacher. One night, after a date gone wrong with a stock asshole character, Claire allows herself to be seduced by Noah, and has a one-night stand with him (But  don’t worry, the movie insists that he’s nineteen, so it’s not technically pedophilia!).

Claire tries to put this behind her, but, surprise! He’s completely insane!

Can’t you tell that from how, uh… Expressive he is???

I expected more from the director of The Fast and the Furious.

And for that matter… How the fuck does a nineteen-year old get his hands on a “first-edition” copy of the goddamn Iliad?

When Marnie Was There

“You ever dance with the devil in the pale moonlight?”

Plot:  Anna Sasaki (Takatsuki) is a lonely, depressed 12-year old girl, tormented by feelings of self-loathing, who suffers from asthma attacks, because apparently, she angered some petty god who decided “Fuck her! Here’s all the bad shit!”. After a particularly bad asthma attack, her parents decide to send her to spend her summer in Kushiro with her aunt and uncle, hoping that the clean air of the Japanese countryside will do her some good.

While in Kushiro, Anna discovers an old, dilapidated mountain on the shore of a salt marsh. While investigating the mansion, she discovers a mysterious blonde foreigner girl named Marnie (Arimura) who only appears at certain times, and who strikes up a close friendship with Anna.

The tough times that Studio Ghibli was going though after the retirement of Hayao Miyazaki a few years back culminated in the legendary animation studio finally going on hiatus in August of last year, but not before releasing their last film, When Marnie Was There. And it’s a damn shame, because When Marnie Was There may be one of the better movies to come out of the studio. 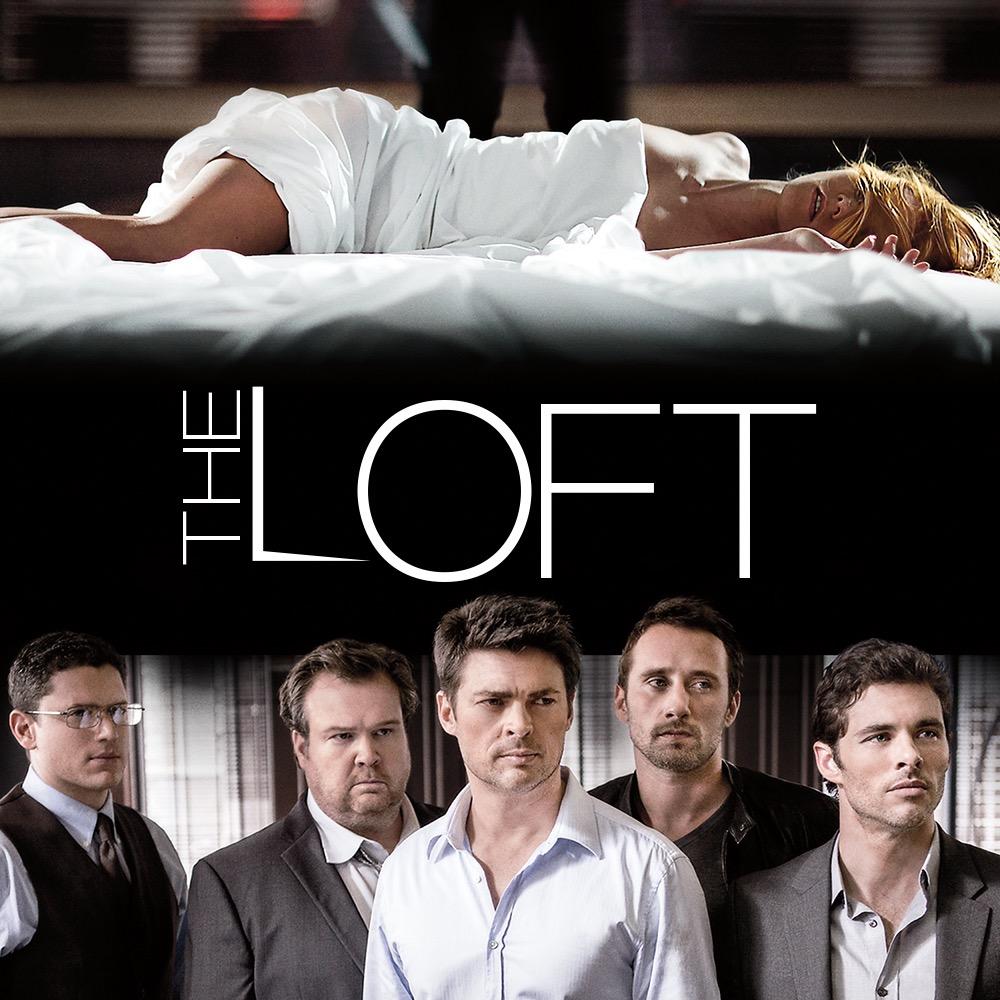 Captain Cold, Cyclops, Bones and the gay dude from Modern Family, all gathered in one place for your…uh…Amusement?

Plot: Five awful, awful people who the movie would have you believe are friends (Urban, Marsden, miller, Stonestreet and Schoenaerts) are co-owners of a loft where they all take their mistresses behind their wives’ backs. One day, they discover a dead woman in the bedroom of the loft, and deduce that one of them must have done the deed, as they’re the only people with keys. Hilarity ensues.

The Loft is based on a Belgian movie of the same name (And same director) that is almost certainly a million times better than this piece of horseshit.

Plot: Private Gary Hook (O’Connell) is a young British Army recruit whose squadron is sent to Belfast, Northern Ireland, during the Troubles (Google them). When a routine firearm inspection in a Catholic neighbourhood goes horribly, horribly wrong, Gary finds himself stranded alone in hostile territory, solely dependant on his wits and on the hospitality (Or lack thereof) of the Irish civilians.

I can’t exactly speak to having any personal insight about the Troubles. My Irish ancestors got the fuck out of Dodge (Dodgederry?) the second the Potato Famine struck.

That’s not a racist joke, by the way. That’s an actual thing that happened. Look it up.

That’s why this movie was so interesting to me. Not only because of the tense, pulse-pounding action and suspense, but because of the political intrigue between the various factions vying for power and the civilians, just trying to get by, regardless of ideology.

Also, I could listen to Irish accents all day.

The tagline is the funniest thing about the movie. And the tagine is total shit!

No. I have spent way too much of my time on this round-up. Two thousand words’ worth. My family hasn’t seen me all day (I work slowly). I am not wasting any time talking about the plot to fucking Hot Pursuit. I HAVE TOO MUCH FUCKING DIGNITY, DAMMIT!!!

Reese Witherspoon plays an uptight, by-the-book Texan cop who’s tasked with escorting the wife of a drug lord, played by Sofia Vergara, to Dallas, in order to get her spirited away by the F.B.I. into the wonderful ether that is Witness Protection. When that goes wrong, a distinct lack of hilarity ensues.

Here’s an example: There’s a scene in which Witherspoon tries breaking into someone’s car. The way that Vergara tries to get them out of it is by, uh, claiming that they’re veterinarians who are also lesbian lovers? What? How is that supposed to get them out of trouble (In Texas, especially!)? It’s like if a thirteen year old boy was handed the script for rewrites, and decided that the fact that these two women are randomly lesbians is somehow funny, because lesbians are hot and homosexuality’s a joke to them, I guess. Whatever. It’s not funny, and anybody who thinks that it is funny should be ashamed of themselves.

I wanted to blow my fucking brains out at this part. If you’ve seen the movie, you know what I’m talking about.