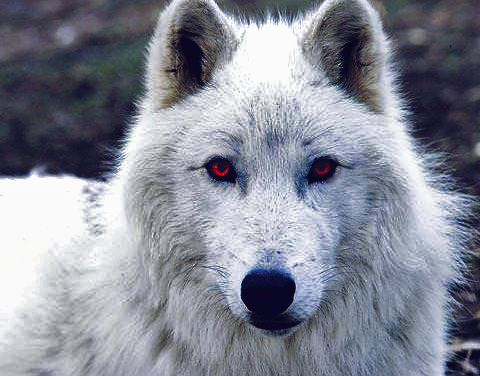 “OH, COME THE FUCK ON!!!”- Sansa Stark, at this exact point in the episode.

Why do I insist on spending an hour staring at my laptop screen, trying to come up with an opening blurb? It’s not like this is an actual review or anything, I’m basically just saying what happened and swearing a lot.

Margaery Tyrell bags her third king, hoping to have a husband that isn’t gay, murdered by his brother, sadistic, or murdered by her family. Knowing that Cersei is her mother-in-law, the possibility of this marriage ending in anything other than the worst way possible is pretty slim, but hey, maybe third time’s the charm.

Margaery and Tommen consummate their marriage. which is actually pretty disturbing, but admittedly, as a heterosexual male, I can’t be too grossed-out about any scene that involves Natalie Dormer in near-nudity.

How non-shallow of me, I know.

As she does, Margaery tries to manipulate Tommen into having his mom go back to Casterly Rock, where she convinces Tommen that Cersei will be happier. Tommen, bless his heart, tries to do so, but Cersei immediately sees this for the Tyrell manipulation that it is, and declines, shortly before heading off to confront Margaery. While Cersei has always had at least a semblance of authority over Margaery in previous verbal duels, that authority is pretty much gone now that Margie is Queen, and Cersei is Dowager Queen, as the former points out not-so-subtly in this encounter. Also, not that I feel sorry for PsychoBitch in any respect, but it was kind of shitty of Margaery to rub her son’s horniness and ability in the sack in her face.

Later, in the illustrious King’s Landing Brothel, the High Septon (Like the Pope of Westeros, I guess) is engaging in a fetish of his in which he fucks a/some prostitute(s) dressed as one of the Seven Gods of Westeros. Yeah, it’s weird, but Margaery’s a pedophile, Cersei and Jaime fuck each other, and that Wildling creep fucked his daughters, so you’ll excuse me if this comes off as somewhat tame to me.

Dear god, what has this show done to me?

Anyway, before he has his way with a particularly creepy-looking god known as The Stranger, he is interrupted by Lancel Lannister and a few of his cult buddies from the Sparrows. Calling him a sinner (Of all people in that fucking city) they strip him naked and parade him through the street. Enraged, the Septon demands that the Small Council find the High Sparrow (The head Sparrow, obviously) and execute him. Oddly enough, Cersei not only does not do this, she imprisons the High Septon, ha a pleasant chat with the High Sparrow, and appoints him as the new Head of the Faith.

As Reek looks on in growing horror, Bolton & Son continue skinning dissenters in Winterfell with psychopathic glee. However, Reek overhears them talking about how the Lords of the North do not recognize Roose Bolton as Warden of the North, and how they must forge alliances through marrying off Ramsey. Roose mentions that he’s found the perfect bride for his son, and the camera pans to…

Help may be on the way, though, as Brienne and Podrick are following Littlefinger and Sansa to Winterfell (It’s nice to be see Winterfell again, skinless corpses notwithstanding). We get some nice backstory from the two of them, which is always welcome, but I personally wouldn’t mind skipping to the part where Brienne lops Evil Elijah Wood’s head off.

Don’t tell me you don’t see the difference.

Jon Snow declines Stannis’ offer of the name of Jon Stark, as his duties as Lord Commander are more important than helping a religious nut take over the kingdom. Stannis is unpleased with this and Jon’s suggestion that he does not want the army there any more, and reveals that he intends to attack Winterfell within a fortnight, which… Yeah, we’ll see how that goes.

Ser Davos tries to get Jon to reconsider, suggesting that the Night’s Watch would be better served taking the North than protecting the Wall, and bringing up the valid point that the North is suffering under the Boltons. Fair enough, but a) Stannis kind of sucks too and b) magical ice zombies so, no, stay at the wall, Jon.

Also, Janos Slynt is a whiny little shitheel. Now he has no head. Fuckin’ A!

Not all that much to talk about here. Hey, at least she didn’t get rid of Needle!

Oh, fuck me, not another goddamn Red Priestess!!!

Although the fact that this one is rallying the masses in support of Daenarys Targaryen, which is inter- OH, FUCK, TYRION NO!!!!