I am writing the first draft of this review in the cafeteria of my new school, MacEwan University, in between my Human Interaction class and my Introductory Japanese class. I have no idea how my unscholarly self got into one of my better universities in Western Canada, but at this point, I’m just enjoying the experience until they (Whoever they may be) inevitably figure out that I’m a hack and kick my dumb ass out.

Directed by: M. Night Shyamalan (The Sixth Sense, Unbreakable, hours and hours of both horrifying and hilarious entertainment)

Plot: 15-year old Becca (Olivia DeJonge) and her brother, 13-year old Tyler (Ed Oxenbould) are sent off to some hick town in Pennsylvania  by their mom (Kathryn Hahn), a single mother who’s taking this time taking this time to go on a well-deserved vacation. Becca is a wannabe documentary filmmaker, thus giving an excuse for this movie to fall into the tired “found footage” genre (Although now that I think of it, how many 15-year olds do you know that give a shit about documentaries?), and Tyler is a rapper who is not shy at all about sharing his…Um…. “Talents” 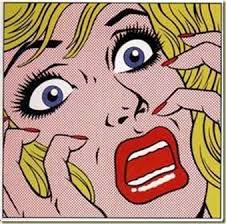 Pictured: The audience’s appropriate response to that last statement.

While in rural Pennsylvania, the kids visit their grandparents (Deanna Dunagan and Peter McRobbie) who, at first, seem like regular, kind old folks. However, when the sun goes down, a different side of them emerges… And it’s discovered that Nana and Pop-Pop are completely bananas, even for most people.

Hey, you’d be crazy too if your state was the home of the Phillies. ZING!

I’ll be here all day, folks…

The rise and fall of M. Night Shyamalan has been so well-documented that I probably don’t need to mention it. I will though, because I’m a sadist.

After skyrocketing out of obscurity with the classic thriller The Sixth Sense and following hat up with the great deconstruction of superheroes that is Unbreakable, and fooling everybody into liking the critical and commercial successful crap-fest that is Signs, Shyamalan found himself on shaky ground with the massive cock-tease that is The Village before vomiting out absolute dogshit like Lady in the Water and The Happening. Lessening his tiresome shtick of twists that got less intelligent with each movie, M.Night tried his hand at two mainstream blockbusters: The Last Airbender (Based on one of my favourite TV shows of all time) and the Jaden/Will Smith nepotistic fever dream known as After Earth. Both of them failed miserably critically and commercially, with the former frequently featured on lists of the worst movies of all time. Shyamalan’s propensity for boring, exposition-ridden dialogue, wide-angle shots, pointless, insipid twists, and tendency to to somehow suck the talent and charisma out of supremely talented actors like Mark Wahlberg and Will Smith made him the butt of many jokes told by critics and internet commenters the world over. It didn’t help that Shyami has (Or had) quite the ego, inserting himself into Lady in the Water as a monumentally important writer, and writing a character for the very same movie that is little more than a caricature of a snarky, miserable critic who gets devoured by wolves.

As a snarky, miserable and critical person, I’m very offended by this.

I admit to getting in on the act of hating relentlessly on M.Night for quite a while. For further proof of his, see my angry, incoherent review of After Earth from two-ish years ago (Actually, please don’t). But, now that I’ve blossomed from a misanthropic, untalented and childlike 17-year old into a misanthropic, untalented and childlike 18 3/4-year old, I’ve gained a new perspective on this supremely important issue. While I still think that pretty much every movie that he’s done after Unbreakable is pretty much irredeemable shit, I appreciate that he comes across as someone who really loves his craft and wants to entertain. And with The Visit, Shyamalan seems to be returning to his roots, making a small-budget, semi-satire of horror movies set back in his home state of Pennsylvania.

And it’s not a classic, or anything, but hey, even a merely good movie is a monumental improvement over Airbender and After Earth, so rejoice remaining Shyamalan fans! Your king has taken baby steps towards reclaiming the glory and respectability he enjoyed at the turn of the century!

I found that it greatly increased my enjoyment of the movie when I didn’t think of it so much as a horror movie, but as kind of a dark comedy. Odd that Shyamalan would delve into comedy when his attempts at comic relief in his recent movies are the only parts that DIDN’T leave me laughing hysterically, but there you go.

From what I’ve heard, Shyamalan directed two cuts of The Visit. One of the two is pure horror (Yuck) and the other is pure comedy. Apparently, the finished product is a blend of those two cuts, and in the comedic aspect, it works very well. Not only is the humour very well-written (!!!), Shyamalan also willingly parodies himself, showing that he’s maybe realized some of his mistakes from his past projects…

… And his self-critique proves surprisingly effective. The problem with that is that the strength of the comedy actually exposes the weakness of the horror.

Granted, I really fucking hate 99.99% of all horror movies, so maybe I’m not the one whose opinion you should be seeking out  out on this aspect of the movie, but for all the elements of shitty mainstream horror movies that The Visit  does a good job of poking fun at, there are plenty of cliched horror elements that do sneak in that kind of take me out of it. There are plenty of stupid jumpscares to go around, to my chagrin and, to be honest, the horror element was extremely tedious compared to the story progression and the humour. I felt like I had to suffer through the horror (And to be fair, there was a fair bit of good humour injected into the horror) until I could get to the humour.

The combination of black comedy works well enough… Until the climax, when things kind of fall apart, tone-wise. At that point, the horror and comedy go to such opposite extremes that it really is extremely jarring.

And while the writing is good, one must always remember that this is still a post-Unbreakable M.Night Shyamalan script, and while it’s not as off-putting as, say, the script for The Last Airbender, of which I have been known to buy multiple copies of to burn in a bonfire while laughing maniacally and mainling pure ethanol, this one, while solid and frequently clever, does suffer from some noticeable plot holes. Nothing that serious, but definitely a detriment.

That said, there are some legitimately touching moments to be found, and the characters are well-written enough that they don’t need massive amounts of exposition. Not only that, but Shyamalan, who hasn’t exactly built up a reputation for being an actor’s director…

… Gets some pretty great performances out of his actors this time around. The older folks are terrific and suitably creepy, but the chi;d actors are really good. Like, Haley Joel Osment good. Granted, this and The Sixth Sense are very different movies, but… Well, you get the idea.

Olivia DeJonge is awesome as a character who I suspect is supposed to be sort of a parody of Shyamalan, but even better is Ed Oxenbould as the younger brother. I know that I lost most of you when I said that his character is a rapper, an believe me, I get it. It is fairly annoying and cringe-worthy at first, but I figure it’s kind of supposed to be that way. Nobody puts a 13-year old rapper in their movie and expects you to take them seriously. That’d be like the inverse of putting a Holocaust scene in a movie and screaming “LAUGH DAMMIT! WHY WON’T YOU LAUGH!!!” when they won’t stop sobbing.

Overall: The consensus seems to be that this is Shyamalan’s best movie since Signs or The Village. These people are under the mistaken impression that Signs and The Village are actually good. While not a great movie, The Visit is Shyamalan’s best movie since Unbreakable and is an extremely welcome return to form for the much-maligned director, One can only hope that he keeps his second shot at respectability going. 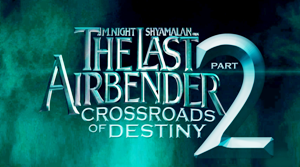