When this movie inevitably dominates the box office, we all need to learn to stop doubting the film potential of the bottom of Marvel’s barrel. Really, Guardians of the Galaxy should’ve been the first hint that we should stop being so damn cynical about unknown IP’s anyways.

Based on: Ant-Man by Stan Lee, Larry Lieber, Jack Kirby

Plot: After serving several years of a jail sentence for breaking into his corrupt ex-employer’s home and wrecking his car, Scott Lang (Paul Rudd) just wants to go straight and spend time with his estranged daughter, who loves him to death. Unfortunately, Lang’s ex-wife (Judy Greer) and her new husband (Bobby Cannavale) won’t let him see her until he proves that he can lead a stable life, which is tough to do when you’re a convicted felon who nobody will hire after spending three years in San Quentin. Who knew, right?

Down on his luck, Lang meets a retired, genius scientist named Hank Pym (Michael Douglas) who wants him to to utilize his excellent burglary skills (As well as a suit that allows him to shrink to the size of a motherfucking ant) in order to break into Pym’s old company and stop the new owner, Darren Cross (Corey Stoll), from weaponizing a similar technology to the Ant-Man suit and selling it to less-than savoury criminal elements.

It would be an understatement to say that the announcement of a film based on a Marvel D-lister like Ant-Man caught some people off guard.

He’s not even one of the cool D-listers.

Even more bizarre was the announcement of the director: Edgar Wright, the near-genius behind the Three Flavours Cornetto trilogy an Scott Pilgrim vs. the World, which are both must-see comedies, in my correct opinion.

I fucking adore this scene.

Fanboys the world over were were intrigued by this tantalizing possibility for a potentially totally different superhero movie in a genre that is prone to serious repetition over time.

And then, Wright got shit-canned over creative differences and was replaced by the director of Yes Man.

The tremendous success of Guardians of the Galaxy restored some faith in Marvel’s ability to sell its second (Or third, or fourth, or fifth…) string character, but what if that was just lightning in a bottle? What if the production problems behind the screen were too much for Paul Rudd and the Wright-penned script to overcome?

Just to be clear, I’m not saying that the fact that this movie essentially had two directors and two sets of writers (Wright/Cornish and Rudd/McKay) doesn’t affect the movie, because it does. During the first act of Ant-Man, it feels either disoriented or slow. It was very entertaining, sure, but I couldn’t help feeling like it was taking too much time to get to the cool action and humour, while it was focusing too long on Paul /rudd’s relationship with his daughter (Who, I swear, was genetically engineered in a lab somewhere in order to create the most adorable kid ever). It’s not bad, per se, it just gets to the point where the obligatory establishment of Scott’s flawed family dynamic kind of wears out its welcome.

That isn’t to say that it’s poorly written, though. I mean, the story’s predictable as hell, but the character dialogue is very, very entertaining. Marvel movies have always been funny, but the humour has always taken a backseat to the superheroing. Ant-Man is a straight-up heist comedy. Think Ocean’s Eleven meets Iron Man. Now, think of a movie that’s exactly as awesome as that sounds.

Ant-Man is consistently funny, as well as downright hilarious on several occasions, without stepping on the more dramatic or action-oriented moments.

Of course, a script as sharp as this one is really only as effective as its cast and, thankfully, they all brought their A-game (With one exception that we’ll get to later). Much like Chris Pratt in Guardians of the Galaxy, Paul Rudd brings plenty of energy, humour and charisma , which, y’know, is to be expected from the Sex Panther himself, but he also establishes himself as a convincing superhero. Admittedly, the fact that this movie makes use of a lot of CGI helps (Albeit, not nearly as much as the other MCU productions), but the point is, I definitely bought him as Ant-Man. There, I said it. I buy Paul Rudd as the goddamn Ant-Man.

There’s another thing to add to the list of things most people never expect to say in their lifetime.

Evangeline Lilly (Kate from Lost) does a fine job as Hope Van Dyne, Hank Pym’s daughter, though I can’t help but feel that she could’ve been utilized a bit more. She’s a good, solid actress and it’s nice that she’s getting a fairly prominent role in this enormous franchise. Michael Pena (Anybody know how to put the Spanish accent on the N? I’m too lazy to look it up) is downright hilarious, especially in one scene that seems very Edgar-Wright-esque to me (I won’t spoil it). He gets some good chemistry going with Rudd and his criminal buddies, David Dastmalchian and T.I., who are both great, and get some good lines in, never mind the fact that one is unknown and the other is, you know, a rapper.

With all due respect to 50 Cent.

It would’ve been easy for Michael Douglas to phone this one in, but he also brings it to this one, serving as the emotional lightning rod of the movie, and he even gets a few badass moments of his own.

Wow, I’m just realizing now that this is the first Marvel movie in a while whose main characters are mostly normal, non-powered people.

One of the reasons Ant-Man is so obscure is that his power set isn’t exactly the sexiest. Sure, he’s a founding Avenger (In the comics), but compared to, say, Hulk or Thor, the power to shrink to the size of a dime isn’t the most appealing, so this movie really had to sell me on that skill set. Specifically, by not simply copying/pasting the effects from Honey, I Shrunk the Kids.

Whatever happened to Rick Moranis, anyways?

I had no reason to fear, though, because the visual effects are excellent. At only one or two points did I feel like the CGI was a bit more noticeable than it should’ve been, and believability is extremely important when the entire premise of the movie is Paul Rudd shrinking to the size of an M&M and interacting with CG insects. Thankfully, the shrinking mechanism (Heh) works absolutely seamlessly, and makes for some extremely creative action scenes that prove that even a hero with as “boring” a skill set as Ant-Man’s can be a total badass.

I didn’t say that, I’m just saying your career choices have been- Ah, fuck it. Moving on.

Unfortunately, my biggest problem with the film (And it is a pretty big one) is the villain, Yellowjacket.

Okay, this is completely unrelated, and you can skip this section of bold text if you really want, but the geek in me can’t resist talking about this.

So, Scott Lang is this movie’s Ant-Man, but the original Ant-Man (In both the comics and the movie) is Hank Pym, and, in the comics, he’s a founding Avenger, being about the same age as, say, Tony Stark. While his original moniker was Ant-Man, he eventually learned to grow to enormous sizes, and adopted the name Giant-Man, and then Goliath. When he was going through some issues (His guilt over creating Ultron, both his bipolar disorder and heart problems due to prolonged exposure to the particles that give him his power) he adopted the name Yellowjacket (Darren Cross is an entirely different character from Yellowjacket in the comics). It was during this period that he left his most notable mark on comic book hist- OH MY GOD!!!

Who says DC has all the dark, disturbed heroes?

And now you see why they maybe didn’t use Hank Pym as the protagonist. Moving right along!!!

Corey Stoll’s performance is over-the-top, which is fine, but i’d rather that energy be spent on an entertaining villain. This character. Just. Does. Not. Do it for me. After Ultron, Marvel appears to be receding back into Generic Boring Villain Syndrome again. All that I said before about this movie being well-written doesn’t really apply to Yellowjacket. I guess, if you’re not tired of the “Unstable genius wants to be evil for some unspecified reason) trope, then Darren Cross might do it for you. If not, then, well, he’s probably not what you came to see, anyways.

Overall; A refreshing take on the genre amidst the aliens, robots and explosions, Ant-Man is perfect for those who may be going through a dreaded case of superhero fatigue. 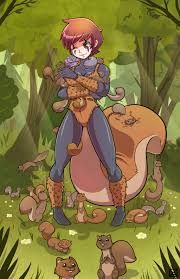 Next from Marvel: Squirrel Girl- The Movie!!!