You played a fantastic pair of games yesterday. You have nothing to be ashamed about. Honest! Most teams would tremble at the thought of facing the mighty Minnesota Twins. Never mind that Joe Mauer schmuck. Most anybody would be damn near terrified to face the wrath of such perennial all-stars such as Chris Herrmann and Kurt Suzuki. No wonder you all  pitched around Josmil Pinto the way that you guy did. I would have too. Sure, he’s barely hitting .200, but it’s still early and a superstar like him is bound to break out at any time.

It’s a wonder that you made it to the seventh inning with a lead, frankly. Even with the marvelous four innings that Dustin McGowan threw, giving up only three runs, six hits and four walks, you still held on to a pitiful 5-3 lead. Don’t get me wrong though, you should all count yourselves very lucky to hold a lead against a team that smart money has picked to finish second-last only to the Astros in the American League.

John Gibbons doesn’t need to blame himself for this. It’s not his fault that his brilliant strategy of “taking good, solid pitchers like Neil Wagner and Brett Cecil out of the game way before they’re out of gas” didn’t work out. All revolutionary actions are bound to hit a rough spot at some point,mainly due to the fact that they’re highly illogical,  but they’re also eventually recognized for the sheer brilliance that they are, no matter how much of a toll they take on your bullpen.

Or, in some cases, your life expectancy.

And could you really blame Sergio Santos for his implosion of Ricky Romero-like proportions? I’m not even gonna joke about this anymore, because there is no positive way to spin this. Three wild pitches in an inning? Are you fucking serious? I’ve seen Little Leaguers pitch better innings than that.

I’m sorry that this post is so irrelevant to my usual topics and filled with pretty mean-spirited sarcasm, but I really needed to vent about this and it was either using this creative outlet or screaming wordless cries of pain. On the eight, I will be flying out to Toronto for a week in order to, among other things, visit family, see the zoo and watch the Jays. I will try to update my blog while on vacation, but I think it unlikely that I will be able to. If my blog goes un-updated for more than a week though, it means that I have either been murdered for drug money by Toronto’s crackhead mayor, or have watched Josh Johnson pitch and suffered a coronary as a result.

Fret not faithful viewers! Before I venture off into a pleasant getaway/impending doom, I will leave you with a healthy tip on how to recognize a Canadian!

How an American/Brit will pronounce “Toronto”:

How an American/Brit trying to sound Canadian will pronounce “Toronto”:

How a Canadian will pronounce “Toronto”

“Aha” You may think to yourself, “Those last two sound exactly the same! You’re a fraud, random blogger I found on the internet while searching for pictures of Emma Watson in revealing clothing!”

Well, if you weren’t thinking about it before…

But you see, there is a difference. When a non-Canadian says “Toronto”, nothing happens afterwords.

When a Canadian says it, however, “O Canada” starts blaring triumphantly in the background as water turn into maple syrup while Mounties arrive to serve ice-cold Molson’s as ice-skating beavers play an impromptu hockey game.

See ya next week (At the latest)! 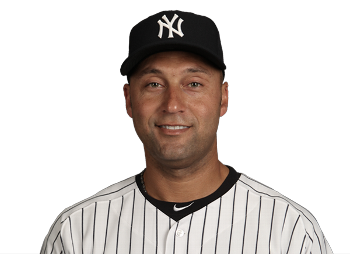