Van Damme’s excited and you should be too!!!

Since the dawn of time, the creative genius of mankind has crafted some of the most memorable stories of all time, chock-full to the brim of memorable characters that have stood the test of time, even as their creators have long since vanished off the face of the planet. Who could possibly forget the classical deities and heroes of Ancient Greece, such as Zeus, Achilles and Hercules?

For better or for worse?

To use examples from the last two millenniums, who could ever forget the fascinating, multidimensional tragic heroes of William Shakespeare? Or, to get even more modern, how about the staying power that we’ve managed to get out of our stoic, square-jawed superheroes? Hell, we’ve managed to get a timeless character out of a talking tree voiced by Vin Diesel, for chrissakes.

So, what is it that we do with these legendary characters from literature, movies, television and video games when we’re not reading about them or watching their exploits? Well, it depends. Some enjoy dissecting the character’s motivations, psychology and relationships. Others enjoy writing extremely disturbing fan-fiction. However, those of us with superior taste and highly developed brains know that there is only one possible use for these characters outside of their respective universes.

Fights to the death, of course!!!

Look, don’t act like you haven’t thought of this before. Even the stuffiest of the stuffy cultural elites have thought about injecting a little ultraviolence into their critiques. I’m sure some Shakespeare buff has witnessed some obnoxious college kid spout a bunch of Ayn and quote and thought “Pffft… Will could beat her any day.”

And I don’t mean “beat” as in “prove literary superiority”. I mean beat as in “kick the shit out of her in a barfight.”

So, my newest feature is the long-awaited “Deathmatch” series, in which I pit two or more fictional characters against each other in a battle to the death (Unless otherwise specified) to determine the victors of timeless theoretical battles like “Batman vs. Iron Man”, “Katniss Everdeen vs. Green Arrow” or “Disney Princess Battle Royale.”

However, before I go nuts with this, There have to be some rules and parameters set up. Every episode will be a two-parter, with the first part being an analysis of the fighters and their strengths and weaknesses, and the second part outlining the outcomes of the fight. The first fight in this award-winning series will be a 10-man, over-the-top fight to the death between the best villains from each film of the Tarantinoverse. Stay tuned, it should be out later this weekend or earlier in the weekday.

Nope, won’t have time for the blurb, let’s get straight to my ratings.

Huh. Gotham has finally managed to put together a short streak of not only decent, but genuinely good episodes? There may yet be hope of me going on to review season two!!!!

Also, sorry about the half-assed post, but four episodes is a ton to write about I tried several different drafts, but none of them were panning out, so I’ll just timidly shrink back to the “one review every two weeks” format (That goes for The Flash and Korra as well).

I’ve also finished a rough draft of something brand new (That isn’t a goddamn review) that I’m really excited to put out there. Not that I don’t love doing reviews, but if anybody read this blog, I bet they would be tired of reviews at this point, and… Yeah, I’d be lying if I said they’re the thing I most look forward to upon waking up in the morning.

By the way, this photo is your one hint about what’s coming up next (Besides reviews, I mean).

Yep, no way I’m getting those TV reviews out on time. I’ll just review four episodes at a time later this week, I’ve got blog-related and non-blog related things to get to. And besides, I wanna see if the upward trend in Gotham continues before gushing and making myself look like a fool when the next episode bombs.

The funniest thing that Garfield has done since Garfield and Friends went off the air. In 1994.

So, I haven’t been able to post a damn thing for a while, thanks to a combination of my laptop being an uncooperative bastard, the internet crapping out on me, and an oversaturation of work and school in my life. It doesn’t help that Marvel decided to announce all their planned movies into late next decade, while I’m still working through the DC ones (At a painfully slow pace, albeit). Add a few more projects that I haven’t managed to get off the ground yet, and I’m not quite in the best of places when it comes to staying on top off things.

So, to give myself a little bit of breathing room, I’m pushing this week’s TV reviews back another week, so I’ll do three-episode reviews for each show. They may be kinda rushed, but whaddya want? I have a life outside of this passion project. 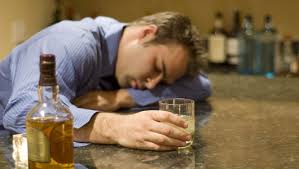 So, hopefully, I’ll get something out this weekend, but next week is a long weekend for me, so I’m gonna try to get a whole bunch of stuff out. Until then, happy halloween!!!

I’ve got my night planned out!!!

Way to fuck me over, Nickelodeon.

Looking for my latest Gotham review? Soon, I promise, but I need to get some blog dealings out of the way first.

Yes, I know how odd it is to pump out another post on blog news so soon after the last one but I feel I need to address the following matters:

That’s all for now! I’ll be back later tonight with the latest review of the second episode Gotham: “Selina Kyle“.

In which Selina Kyle has little screen time and refuses to go by the name “Selina Kyle”. This show confuses me.

Huh. Look at that. They misspelt “Pamela Isley”.

I’ve really done a whole crapload of movie reviews lately, and truthfully, I ain’t gonna stop, as I’m having way too much fun with them. In fact. I’ll probably end up reviewing even more movies at some point in the near future. There’s something about bitching about visual media that just gives me a warm, fuzzy feeling inside.

However, there aren’t exactly much must-see movies coming out in the fall, and that worries me, as I need something to do when I’m not at school, working or imbibing large quantities of illicit substances.

Thankfully, my family is stuck in a black hole of a cable deal with Shaw Cable, so as of late September, I will start reviewing TV shows and possibly live-blogging events such as the Oscars. The following is a shortlist of shows I plan to review in the near future.

If anybody has any more suggestions on shows or events I should review, then feel free to let me know. As of know, these are the things I have planned for sure.

Whoever got the brilliant idea to start running back-to-school ads in July should be quietly executed.

Holy crap, so much for one hundred posts this year, huh?

In my defense, I’ve been kind of busy this past week what with starting my senior year of high school and working late for the last few days. And even worse, I don’t have a topic to rant about (At least, not one that hasn’t been rendered irrelevant thanks to procrastination on my part), or a movie on tap to review (Thanks to the fact that no interesting movies are coming out for a while).  However, far be from me to let some crappy education get in the way of my bitching about unimportant things. Here are some things coming up here at PKTM that I hopefully will not chicken out on actually writing (This is what is known as a “filler post”).

Movie Reviews: The most prominent feature of this blog isn’t going away any time, and, in fact is probably gonna get even more prominent now that I’ve discovered that public transportation is not merely a way for the mentally unstable to get from place to place. Fun fact: It’s also an effective way to get to movie theatres. Who knew, right?

I plan to do a lot more reviews for new movies, seeing them the Friday that they come out (And hopefully getting them out some time during the following weekend) or, failing that, as soon as I possibly can (Unless they’re horror movies, because 95% of horror movies suck). Some movie reviews that y’all should look forward to soon include (But do not exclude):

So yeah, I’ll probably get around to seeing those movies (Unless circumstances prevent me), and I’ll do previously released movies as well, but maybe not as frequently as before (Which wasn’t that frequent to begin with). Also, as was the case before, I’ll be reviewing any movies nominated for Oscars or Golden Raspberries. Hopefully, I won’t end up two movies short again this year.

Hey man, you try figuring out what the hell to take away from The Great Beauty.

Other Movie Stuff: Ever wondered who would win in a fight to the death between the great Quentin Tarantino villains? No? Not even a little bit? Well, screw you guys, I want to figure that out.

Also, with a bizarre Dynasty Warriors/Legend of Zelda crossover coming out later this month, I ponder how one could adapt the video game phenomenon that is The Legend of Zelda to the big screen. If it should  be adapted at all, I mean.

And, with Disney following up the all-conquering juggernaut of a movie that was Frozen with Big Hero 6 in November, I count down the Top 15 animated films of the 21st century. Hopefully, I get around to finishing that.

An Introduction to Canada: I really hope to get back on this, because I really had fun doing the articles on geography, which is coincidentally the most fun I’ve ever had with anything geography related in my life.

TV Reviews: More on this later, but long story short, I’m going to be reviewing TV shows (And the MLB playoffs, because why the hell not?) starting with Gotham later this month. Stay tuned, people.