So, in order to fulfill my endless need for masochism, I have added a new segment to my poorly disguised outlet for schizophrenic ramblings. In this segment, named, “Bad Movie Bi-Monthly” (Or, “BM₂” for short) I pretty much do a  review of a movie that was deemed by critics and/or audiences to suck. I define criteria  for “sucking” as at least two of the following:

Why am I willing to put myself through this torture? Well, because I, like every other self-proclaimed critic, love yelling at bad things. Also, I’ve had my fragile self-esteem broken by various childhood traumas.

Yeah, that’ll do it.

Also, I should probably mention that it probably won’t be bi-monthly despite the title. I just really wanted to call a column about shitty movies “BM₂”.

“You see, because “BM” stands for “Bowel Movement”, which is-“
“I see they’re letting just anyone write blogs these days.”

Anyways, for the very first edition of “BM₂”, I have chosen to review a movie that I actually had a ton of fun with when I was little, but was brutalized by critics, earning a 11% approval rating at Rotten Tomatoes. Ladies and Gentlemen, give it up for…

Legacy: Joy at hearing Reggie Jackson speak, nausea at hearing David Spade speak, and an end to any relevance for Jon Heder.

Gus, Clark and Richie (Rob Schneider, Jon Heder and David Spade, respectively) are three thirty-something lovable losers. (Wow, you can barely tell this movie was produced by Adam Sandler!) Gus is a married landscaper who is trying to have a kid with his wife (Molly Sims). Richie is a video store employee whose hobbies include being completely useless around girls and handing out lesbian porn to women at the video store (Actually, those two go hand in hand). Clark is a paper boy who still lives with his mother, who makes him wear a bike helmet at all times. He is also a man-child who eats his own boogers. Needless to say, both Richie and Clark were picked on as kids.

One day, Gus and Clark witness a bunch of nerdy little kids attempt to play baseball be harassed by a bunch of Little League bullies. They chase the bullies off and decide to get together with Richie to play ball. However, the same bullies appear and challenge them to a game. Despite the fact that there are only three of them and that Clark and Richie both suck horribly, the three adults win thanks to Gus’s excellent hitting and pitching performances.They are challenged by another team’s bully coach, but they win again. I can’t help mentioning that this would be a hell of a lot more impressive if they weren’t three times older then their opponents. 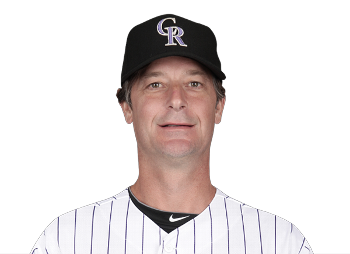 Jamie Moyer should have their luck.

The three friends are approached by one of the nerdy kid’s father, Mel (Jon Lovitz). A billionaire and a nerd himself, Mel reveals to them his plan to have the three men (Henceforth known as the Benchwarmers) play in a tournament against all the meanest, most competitive Little League teams. The winners of the tournament will get a new baseball stadium all to themselves, and if the Benchwarmers win, it will be designated as a place for nerdy kids to play ball. With the help of the nerdy kids and Reggie Jackson, the Benchwarmers start their journey to the finals of Mel’s Tournament.

When I first saw this movie at age 11 or something, I loved it. I was a baseball fan, and this was a baseball movie that included nut-shots. I really couldn’t have asked for any more.

Needless to say, I am dissapointed by this movie now. It’s not like I ever expected much from Happy Madison Productions, but I was at least expecting something that was a guilty pleasure like Van Wilder or The Expendables. There are just too much things wrong with this movie for me to really recommend it. My three main problems are the premise, the acting and the unfunny offensiveness.

The premise doesn’t bother me so much as it confuses me. Three older men defeat ten year olds at baseball in order to take a stand against bullying? That seems a little bit too much like trying to wrench somewhat of a love story out of a movie about a gigolo. Well, we all saw this one coming.

No one expects a Adam Sandler-produced movie to have memorable acting, but it bears saying that the acting in The Benchwarmers is, at best, bad, and at worst, atrocious. I don’t actually have too much of a problem with Rob Schneider in this movie. He’s pretty mediocre, but not Little Man or European Gigolo bad. I really have nothing good to say about David Spade or Jon Heder in this movie. Spade just all-around sucks, while Heder is just milking his Napoleon Dynamite character. And as someone who thinks that Napoleon Dynamite is one of the shittiest, most overrated pieces of trash ever to be called a comedy, I REALLY hated Jon Heder in this movie.

Perhaps my biggest problem in this movie is the offensiveness. Now, I am a believer in the South Park philosophy that there should be no safe targets for ridicule. However, I also believe that a joke has to be funny to justify it’s offensiveness. This movie makes fun of agoraphobics, homosexuals, Latinos and midgets, and in none of these instances can I think of a funny moment.

As a person of Hispanic descent, I was probably most offended by the walking stereotype of Carlos (Amaury Nolasco’s character), a 50-year old Dominican alcoholic who plays against the Benchwarmers by bribing the umpire. He cheats, he drinks on the field, and he is a divorcee. The only way to make him a more clear stereotype is to give him a fear of border guards and a cocaine habit.

Now, I will be the first to admit that there is comedy gold to be had with the age-tampering that goes on in Latin America (That is, baseball players desperate to make some money for their families falsify their birth certificates in order to appear younger, therefore more attractive to big league scouts). However, this is not the way to do it. The filmmakers fall short of the handful of chuckles they would have needed to make this character worthwhile, and instead end up with incredulous stares.

This image is the reason why we can’t have nice things.

While it does have some semblance of a heart, and I’ll be damned if I didn’t find myself almost cheering for the Benchwarmers, the absence of consistent laughs, and lack of a premise or a justified offensiveness leave the movie dead in the water.