My life since five o’clock Monday has been an endless string of heartbreak and disappointment. After I got home, I turned on the Blue Jays game, hoping to see them continue a eleven-game win streak.

They blew it in the eleventh inning.

Then, I watched Team Canada play the Netherlands in the Women’s World Cup.

The Dutch scored in the last ten minutes to tie it.

Except it looks like a generic space shooter piece of shit that doesn’t even have Samus Aran.

And then, I got to watching this latest Game of Thrones episode.

After it ended, I promptly turned off the TV, quietly returned to my room, stared at my House Stark shirt for a while, and blew my brains out.

Stannis Baratheon’s sacrifice of his daughter has had a mixed effect on the war effort. On one hand, the weather has improved noticeably, meaning that Stannis will have no trouble marching on Winterfell. On the other hand, half of his army and the entire cavalry have deserted, because, as it turns out, burning your daughter at the stake to appease a demon-god isn’t exactly all that encouraging to an army fighting for your right to the throne of a country. .

“Yeah, these seems like the actions of the guy we want as the king of seven kingdoms.”- Insane people.

Also, his creepy wife has hanged herself, And Melisandre has fled, because she’s just a coward, when it comes down to it. Despite all these monumental setbacks, Stannis decides to march on Winterfell, because if I was gradually realizing what a stupid, horrible, irredeemable human being I was, I would probably have a death wish too. It goes about as well as one would expect.

Meanwhile, in Winterfell, Sansa escapes her room while Ramsey is off at the battle. She lights the signal for help from Brienne and Podrick (Who juuuuuuuuuust miss her, of course), but is caught by Reek and Myranda, the latter of whom threatens to mutilate her until Reek, hopefully beginning the long road to redemption, shoves her off the ramparts so we can see her crazy psycho head crack open on the cold ground below. When they notice that the Bolton army is returning to Winterfell, Sansa and Theon…. Jump off the castle walls…?

Anyway, Stannis is wandering half-dead in the forest, still somehow murdering the shit out of Bolton until he collapses against a tree. Then Brienne appears and…Yeah. Another one bites the dust.

Somebody should get on a “Another One Bites the Dust”/Game of Thrones crossover video, by the way.

I guess there is the small possibility that he is alive, just because they never actually showed him getting offed, and they’ve never been big on cliffhangers, but… I wouldn’t bet on it.

Shit, for all we know, Sansa and Theon are dead or crippled at the bottom of the castle walls.

..Maybe the next segment won’t be so depressing?

Cersei confesses her sins to the High Sparrow, admitting to having sex with Lancel, her cousin, but not with Jaime. The Sparrow says that she still has to stand trial for the crimes she denied, but that he will grant her the Mother’s Mercy and allow her to go back to the Red Keep…. On foot, escorted by the Faith Militant, with her hair chopped off and naked, with the unwashed masses screaming abuse at her.

I’m at the point with Cersei that I think I’ve gotten all the joy I can from Cersei’s misery. I legitimately felt bad for her this time around, if only because I hope that this is the next step towards her redemption, but knowing Cersei, she’s probably gonna start drowning puppies and staking the hearts of orphans the minute she stops crying. Or, at the latest, when she learns what went down in Dorne.

After a goodbye kiss with Ellaria Sand (I love Dorne), Myrcella and Jaime chat with each other on the boat. During this conversation, Myrcella reveals that she knows that Jaime is actually her father as well as her uncle, which was actually a really touching scene, for one that centres around incest, and throws another wrench into what was already a really complicated fam-OH MY GOD, ELLARIA, YOU FUCKING BITCH.

Shit, talk about salvaging a storyline at the last minute!

I guess that leaves Tommen as the last of Cersei and Jaime’s kids. What reputations for Tommen to live up to: a weird-looking psychopathic brat, and an amorous tween who got murdered by a vengeful Spaniard. 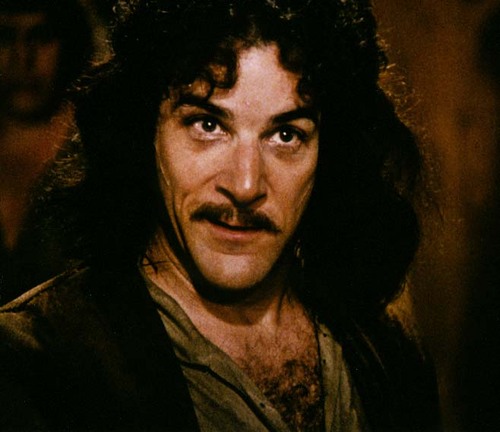 Oh, Jesus, what the hell did happen in Braavos?

Then, Arya goes back to the House of Black and White, and this is when things got a little confusing for my primitive lizard brain. So, Jaqen is mad at her for killing Trant instead of the Thin Man, and he’s about to kill her because “a life for a life” ‘n shit, then he kills himself instead of her, and then the blind girl turns into Jaqen, which is weird, and then the dead guy is No One, which is already an abstract concept, and does that mean that Jaqen is the Many-Faced God oh, god, I’m so confused and Oh shit Arya, what the fuck is happening to your eyes?!?!?!

So, I’m planning a more formal (Well, for me) review of the entire season, but it probably won’t be out for a couple of weeks, as I wanted to review Inside Out this weekend without worrying about another big review, and, while I am moderately excited for Ted 2, it’s not that big a movie for me, so, yeah. The Season 5 review is coming in two weeks. Be there or…..I don’t know, don’t I guess. God, I’m dead inside.