END_OF_DOCUMENT_TOKEN_TO_BE_REPLACED

It’s an important milestone in any movie fan’s life when he or she comes to the realization that the people voting for the Oscars are little more than old white men jerking off other old white men. That doesn’t mean he or she can’t enjoy the ceremonies, and the nominated movies, but, you know, let’s maybe not take the opinion of a group composed mostly of out-of-touch all that seriously.

And yes, like last year, I will watch and review all of the Best Picture nominees this year. I’ve already reviewed The Martian, Mad Max: Fury Road and Spotlight, and I need to get to watching The Big Short, Bridge of Spies, Brooklyn, The Revenant (Which I should see this weekend, with any luck) and Room.

With that out of the way, it’s time to make some observations about the nominations for the 88th Academy Awards.

END_OF_DOCUMENT_TOKEN_TO_BE_REPLACED

“We’ve come for all your Oscars.”

From directing one of the worst shitbags of the year (Look for him somewhere) to directing what looks to be the Best Picture frontrunner at this point in time. Thomas McCarthy has had a strange year, hasn’t he?

END_OF_DOCUMENT_TOKEN_TO_BE_REPLACED

Oh, Murder-Horse, how I’ve missed you!

I’m sorry for the continuing lack of activity over the holidays, but to be fair, it’s hard to do a lot of writing when you’re busy ringing in the new year with gusto.

Of course, when I say “ringing in the new year” I obviously mean “getting drunk on bathtub moonshine, loudly proclaiming my love for Brie Larson in the middle of Churchill Square in the afternoon and making the street urchins I have chained up in my basement dance to the Pokemon theme song for my amusement”.

Yes, my parents are proud of me. Why do you ask?

Anyway, with 2015 now being spoken of in the past tense, I figured now was the ideal time to both do some minor housekeeping  and do some extremely quick reviews for any 2015 movies that I haven’t had the chance to comment on yet.

Now that that shit’s out of the way, it’s time for some extremely quick, extremely poorly done reviews!

(Note: On the off-chance that any of these movies are nominated for Best Picture, I’ll be sure to do a full review)

Plot: An American spy (Henry Cavill), a Russian spy (Armie Hammer) and a German civilian (Alicia Vikander) must team up to stop Italian fascists from ending the world, or some shit.

Anyways, The Man from U.N.C.L.E. is a solid throwback to the spy movies of yore. Does that make it anything special? Hell to-the-no, but it’s definitely not bad.

What We Do In the Shadows

Plot: Some folks from Flight of the Conchords made a movie about vampires living in modern-day Wellington, NZ. It’s just as fucking awesome as it sounds.

Me and Earl and the Dying Girl

Plot: Greg (Thomas Mann) is forced by his parents to befriend Rachel (Olivia Cooke), who, you may have guessed, has terminal cancer. Hilarity ensues.

Thoughts: If you’ve ever read a John Green book, you probably know some of the more basic beats of this movie, but that doesn’t make it any less impressive in its execution and emotional impact. Also, RJ Cyler is fucking hilarious.

Plot: In the dystopian hellhole of a future that is 1997, a teenage boy (Munro Chambers) and a free-spirited girl (Laurence Leboeuf) must team up against a tyrannical warlord (Michael Ironside).

Thoughts: It’s extremely violent, fully aware of how silly it is and overindulges in the fact that it’s an 80’s movie released in 2015. And god bless it for that.

Plot: Malcolm Adekanbi (Shameik Moore) is a geeky, hardworking high school senior from the not-so-friendly town of Inglewood, California who, through no real fault of his own, gets mixed up in some less-than-savoury activities. Hilarity ensues. 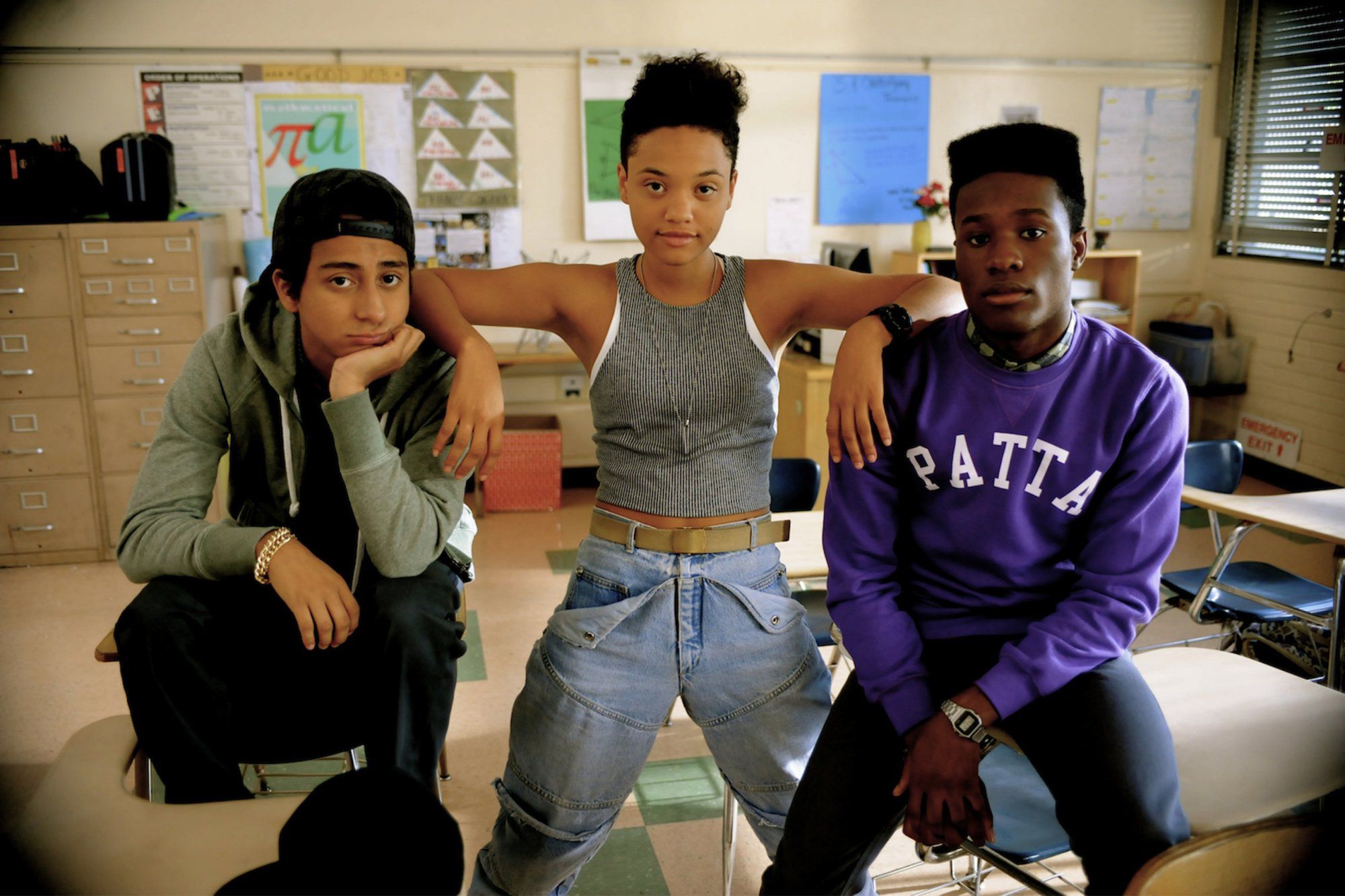 What’s that? I can’t hear you over how DEAD-ON that shit was!!!

Beasts of No Nation

Plot: A West African boy is separated from his family during a civil war and joins up with a rebel group as a child soldier. Hilarity ensues.

Thoughts: It’s harrowing and dramatic, but also incredibly acted by Idris Elba and newcomer Abraham Attah, as well as beautifully shot by Cary Joji Fukunaga (Who doubled as cinematographer and director). Sure, it’s violent and heartbreaking, but that doesn’t make it any less of a must-see.