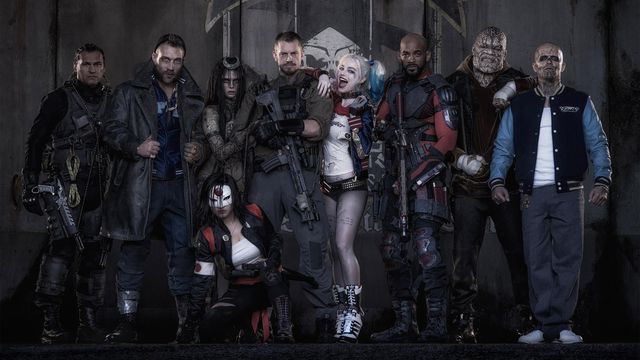 Hot Topic is going to make a killing off of this movie.

Considering the fact that the X-Men are a well known property, Deadpool has infected every facet of the internet and babies come into this world already knowing the origin stories of Batman and Superman, the comparative underdog, in terms of audience recognition, is the David Ayer-directed Suicide Squad, a movie about a group of supervillains named Task Force X who are recruited by a shady figure named Amanda Waller to do the government’s dirty work. That way, if they succeed, they get lessened jail sentences, but if they fail.. Well A) they’re probably already dead, and B) the government claims total innocence, as, you know, people just assume that the bad guys went on a rampage again, and the government remains blameless.

You’ll notice that I said “bad guys”, and not “charming anti-heroes”. This isn’t Guardians of the Galaxy. These people are psychopaths, murderers and all-around genuinely evil. It’s just that the guys they go up against are even worse. 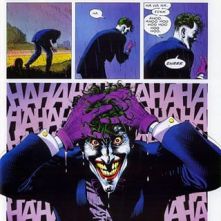 You will never hear the Bee Gees the same way ever again. You’re welcome.

The problem, in terms of mass appeal, anyways, is that a lot of these characters aren’t exactly superstars. In fact, some of them couldn’t really be considered Z-list. they’re that low on the totem pole.

Thankfully, for those of you who don’t have extensive comic book knowledge and haven’t gone ahead and Googled them yet, I have decided to do a quick three-part 101 on the members of the Suicide Squad, because content pays the damn bills (I wish), and I actually am a pretty big fan of some of these characters, at least. While I highly doubt that all of these backstories will be exactly the same in the movie, at the very least, this will provide a brief background of the characters.

With that said, let’s get the three most obscure of these guys out of the way first. Who we got here? King Shark? Black Spider? Catma-WHO THE FUCK IS THIS???

I wasn’t kidding about these guys being obscure, was I?

Oy gevalt. What the fuck am I supposed to say about this guy other than he shares a name with a mediocre metal band that’s full of assholes (Look up their treatment of Jay Weinberg and Alessandro Venturella) and that he’s probably going to be the first one to die?

Okay, I guess I can just parrot the Wikipedia page.

Christopher Weiss was a chemist who used his talent with chemicals to develop trick ropes. He then became an assassin, and eventual member of the Suicide Squad, who used “trick ropes”, like the fourth-rate Hawkeye clone he is.

And considering that Hawkeye’s already a Green Arrow clone…

I do like that Adam Beach is playing him though, because A) he’s a fine actor despite Joe Dirt and B) It’s absolutely a good thing to have First Nations representation in a big Hollywood movie that isn’t caricaturized, or played by Johnny Depp.

Or some abominable combination of the two.

Anybody care to guess where she’s from?

Katana is actually probably the only one of these characters who could actually be considered a good person. In fact, she wasn’t actually affiliated with the Suicide Squad in the comics, although she was part of the Amanda-Waller-led Justice League of America as a counter to Wonder Woman.

Anyways, Katana was born in Japan (Shocker, I know), and was an average Japanese girl, besides the fact that her parents made her get proficient in martial arts, because God forbid a girl learn self-defense of her own volition. Two brothers, Maseo and Takeo Yamashiro, both professed their love for her,  but, though she loved them both, she chose Maseo. While Tatsu and Maseo lived on happily, Takeo went through a downward spiral, joining the Yakuza and rising through the ranks, eventually receiving a pair of twin katana, with the ability to capture the soul of every being it kills and communicate with that soul.

To think that some people have received shit like this as a wedding present….

One day, Takeo went to Maseo and Tatsu’s place and challenged his brother to a duel for Tatsu’s affections (Because DC Comics apparently thinks that Japan functions like a bad anime). In the ensuing battle, Tatsu defeated Takeo, but not before Takeo killed Maseo with the magic sword, and the happy couple’s house was burnt down, killing their twins, Reiko and Yuki. With nothing left for her in Japan, she ventures off, determined to use her lethal talents to fight for justice, along with Takeo’s magical sword, which is now possessed by the soul of her dead husband.

And with that, DC Comics proved that they can make a Japanese character that isn’t a horrifying caricature. Good job, fellas.

That quote in the right panel is awesome, by the way.

Anyways, Chato Santana is an ex-criminal who possesses the power of pyrokinesis, that is, manipulation of fire. One day, when trying to collect on a debt owed to him by some gangbangers, Santana burnt down the scumbags’ apartment building, killing everybody inside. Upon learning of the many innocents who lost their lives, Santana quietly turned himself in to the police.

On Death Row, El Diablo (Literally “The Devil” in Spanish, for all one of you who didn’t know that before) was spirited away by Amanda Waller, where she tortured him to ensure total loyalty, and enlisted him in the Suicide Squad. You’ll find this to be a recurring theme among these characters, by the way.

Amanda Waller doesn’t fuck around. We’ll get to her later, though.