“So give them blood, blood, gallons of the stuff,     give them all that they can drink and it will never be enough…”

You may or may not have noticed, but vampire fiction hasn’t been doing itself that much favours as of late. I’m sure I don’t need to really get into the Twilights of the world, as, by now, we’ve all done our respective shares of ragging on the influence behind the literary  masterpiece that is Fifty Shades of Gray.

….. Nope. No joke here. They’ve all been made at this point. Moving on.

With all the crap that the genre has had to got to lately, it’s easy to forget that movies like What We Do In the Shadows and Only Lovers Left Alive have come out recently. Hell, we’re barely a decade removed from one of the more celebrated vampire sagas in recent memory.

Dracula: Dead and Loving It. Obviously.

Just kidding. Boy, you’d think Mel Brooks would be chomping at the bit for some form of redemption after that movie. No, I’m talking about the Blade trilogy, you guys.

Blade was the the second major Marvel release after Howard the Duck, and, if you’ve read my review of that goddamn atrocity, you know that Blade looks like friggin’ Citizen Kane. Is it as good as that? NO. But, audiences seemed to enjoy it, and it got two sequels, Blade II and Blade: Trinity, with the former being the best-received (Marginally) and most profitable of the three.

The three constants throughout the trilogy are: Writer David S. Goyer (Of the Dark Knight trilogy), Wesley Snipes, in his best known role as the title character, a half-human, half-vampire force of nature who specializes in killing the evil cabal of vampires that control the world, and Kris Kristofferson as Abraham Whistler, Blade’s mentor and partner in vampire killing.

The first movie was released in 1998, and, y’know, it’s alright. The basic premise has Blade an Whistler meeting a woman (N’Bushe Wright), who was bitten by a vampire, and who needs to find a cure ASAP. In addition to that, Blade fights against the aforementioned vampire illuminati…

… As well as a dangerous individual within this sinister cabal named Deacon Frost (Stephen Dorff), who is making a power play that would essentially be game over for humanity.

Any discussion of the Blade trilogy has to begin with Blade himself (Or Eric Brooks, as he is called once in the first movie), Wesley Snipes. I’m not exactly a Snipes connoisseur (The only other movie I’ve seen him in is Major League, which he was great in), but man, did he really bring it to these movies, not so much in acting ability (Although he’s not bad), but in sheer badassery.

If you question why he’s wearing sunglasses indoors, he will shove his boot so far up your ass that he’ll end up kicking the inside of your face.

I have no idea how big a fan Snipes is of the original character, but I think he would have to be, considering that he not only stars as Blade, but also helped produce every movie of the trilogy, and worked as a fight producer for the first two movies. And if you’ve ever seen one of the fight scenes from either of the first two movies, you know that the latter credit is especially impressive. If only he put half the effort that he put into his fight scenes into paying his goddamn taxes.

When it comes to the performance on its own, Snipes is a pretty solid action star which, honestly, is all that’s really needed. Kris Kristofferson is also good as Abraham Whistler, playing more or less your average gruff, tortured older mentor. Nothing to write home about, but it works. Stephen Dorff is a lot of fun to watch as the villain, which is good, because the character himself isn’t all that interesting (None of these characters are, really).

The Goyer-penned script is solid, action movie generic, and while I have to dock it some points for being so unspectacular, it works fine when you really get down to it.

Where this movie comes apart is when a couple scenes that don’t make a whole lot of sense occur. One of the two examples that spring to my mind is the scene where Blade and Frost are confronting each other in a very public place, and Frost is holding a child hostage. During this standoff, they are talking (Rather loudly) about vampires and the extermination of the human race…. And none of the many people who walk by, clearly within earshot, react at all. That’s… Really fucking stupid. This isn’t the Dream World in Inception, real people react to shit like that. Especially when it evolves into a full-blown action scene. That scene was bullshit. It took me right out of the film.

There’s also a scene involving an interrogation of a morbidly obese vampire, and I can’t put my finger on it, but there’s something unpleasant about it. Bitch and moan, bitch and moan, I know, but something about that scene really rubs me the wrong way.

After the success of Blade, it’s only natural (Well, natural in Hollywood) that a sequel was released in 2002. Goyer, Snipes and Kristofferson were on board, but the director, Stephen Norrington, was replaced by an upstart Mexican director who was making his first American movie.

In the sequel, Blade and Whistler are forced to team up with a team of vampire warriors (Led by Leonor Varela and Ron motherhugging Perlman) in order to stop a new breed of monster that feeds on both humans and vampires.

While del Toro wasn’t ever going to do much to overcome the average dialogue and uninteresting characters and motivations, he brings a lot to the action scenes and, while he’s a lot more restrained here than in, say, Hellboy  and Pan’s Labyrinth, he does bring some notable creativity to the character and monster designs.

Aside from that, I’m not that sure why I liked Blade II so much more than the first movie. The script is just as mediocre, the characters are just as underdeveloped (Albeit, memorable. I’m looking at you, Ron Perlman), and while the action is better, it’s not by a huge margin.

I guess it comes down to the fact that, while they’re essentially the same movies, I bought into the world of Blade II a lot more, if only because Blade II didn’t have the unnecessary scenes (And one super boring character) that plagued the first movie.

Two years later, the inevitable third movie was released, titled Blade: Trinity. This movie has Blade facing off against the baddest vampire of them all, Dracula (Dominic Purcell) or “Drake”, as he is called for some stupid reason. In order to do this, he unwillingly joins up with the Nightstalkers, a group of vampires led by Jessica Biel and Ryan Reynolds.

Out of the whole trilogy, Trinity was the one that was the most harshly criticized of the trilogy, but I was still optimistic, as it’s not like the first two movies were critical darlings, and I like the first one fine, while I just about love the second one.

As it turns out, my optimism was sorely misplaced. This movie is a dumpster fire.

Much of Trinity‘s problems can be traced back to the fact that this movie had a very troubled production. Guillermo del Toro didn’t return as director, so the writer, David S. Goyer, took on double duties as writer-director. Snipes wasn’t too happy about this. Understandable, considering  Goyer’s spotty track record (Which remains spotty today). However, instead of handling it in literally any other fashion, Snipes decided to handle it by holing up in his trailer when filming was supposed to be taking place, smoking weed literally all the time, and generally being a giant dick, calling Ryan Reynolds a cracker (Unironically) and choking out Goyer, at one point. Yikes. 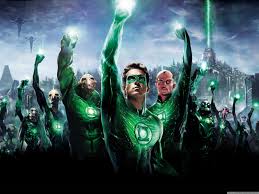 In actuality, Snipes was a time traveler who was trying to stop Green Lantern from ever happening.

Snipes was absent for so much of the filming that they actually had to use body doubles to a ridiculous extent. I guess I’ll give them some credit, I didn’t figure that out until I read about it later, so that’s a point in its favour, I guess.

It’s obvious that nobody cares in this movie. The acting is bad, the action scenes are poorly done (Thanks to Snipes not being on set, I’m guessing), and the script is really, really bad.

Also, that is not Dracula. I’m sorry, but I’m not buying it.

Even Snipes (Who is high) and Kristofferson are really bad, and the latter is phoning it in to a pretty serious degree, which doesn’t surprise me, considering he’s in it for around a collective ten minutes throughout the whole damn movie.

Logical fallacies like the ones found in the first movie abound, and as you would probably would guess, there isn’t near enough good stuff to distract me from the flaws.

For example, the action in this movie is kicked off by Blake’s murder of a Familiar (Human servant of vampires), which apparently garners interest from the police. That’s weird. The hundreds of Familiars that he killed in the first two movies didn’t garner any interest at all.

Also, there’s a scene where Dracula (Sorry, “Drake”) sneaks into the Nightstalker’s base, and, since he can shape-shift, turns into somebody who I’m not going to reveal, but it doesn’t make any sense.

God, this movie is so stupid. At least it’s still a better story than, you know, that other vampire series.

Overall: The first two Blade movies are good fun, perfect for action and horror (-ish) fans everywhere. The third one can go die in a hole.