Sorry for not having done a post in so long, faithful followers (All three of you!) but I’ve been somewhat busy being, y’know, a sixteen year old with other things to do. Also, I get killer writer’s block. Writer’s block this bad is what usually leads to crock like Sum 41`’s Underclass Hero or X-Men Origins: Wolverine  being produced.

“Hey, I have an idea! Why don’t we use the one character whose entire premise is that he’s hilarious and can’t shut up, give him a couple of lines in the beginning of the movie, and then sew his goddamned mouth shut?”
…
“Sure why not? Comic book fans appreciate change, right?”

Seriously though, how fucking stupid was that scene?

Anyways, since I can’t think of anything to write in my letter to Ramon Ortiz, I decided to cover part of the E3 conference, since it’s especially interesting this year, as all three of the big video game developers (Microsoft, Nintendo and Sony) are releasing their so-called “Eighth Generation” consoles. I thought I’d give my two cents on the whole convention, specifically the consoles and some of the games that were presented.

Quick note: I currently have an Xbox 360 (which I love and use all the time) and a Nintendo Wii (which I love even more, yet use less). I also love pretty much any Nintendo game. Remember this bias when you read on. I am easily swayed by Italian plumbers and gay elves.

“This is the gay elf you meant, right?”
…
“Tell me again why I let you pick my photos.”

Also, these are only games I give two shits about.

Interest Level: 3/5 (Interested, because while I’m sure this game will be excellent, I’m not even done playing Skyfall)

I actually don`t know shit about the Wolfenstein franchise, but any game that involves killing Nazis in an alternate universe deserves at least some of my attention.

Move along folks, nothing new to see here.

No real details have been released, yet, but holy crap, they better make this happen!!!

I’ve never been a huge Halo fan, but what better time then now to convert? On the other hand… I haven’t played Donkey Kong Country Returns yet, but I’m almost always down for Nintendo platformers. You know, as long as they don’t include too much crying Baby Marios.

People who discourage child abuse have obviously never had this happen to them.

The Legend of Zelda: A Link Between Two Worlds

A sequel to A Link to the Past, A Link Between Two Worlds carries on the Zelda franchise’s proud tradition of using their protagonist’s name as a way of getting around actually having to think of an original title. (Also, I realized that I don’t know enough about these E3 games to come up with 3 points about them, so as of  four entries ago, the format has changed.)

The Legend of Zelda: The Wind Waker HD

I think I just got a tear in my eye. I can still remember diving into the land of Hyrule for the first time with this game at the tender age  of 6…. Also, not understanding what the fuck I was supposed to do. Because, you know, I was six.

This game has since become my favourite from the Nintendo Gamecube. You know, aside from the sailing, which was tedious as all hell.

That said, I have no reason at all to buy this “enhanced” version. Next.

Is it any wonder I’m distrustful of enhanced versions?

Just another excuse to be uber-competitive and say horrifying things that no person should say to another human being and reduce my friends and family to tears? Fuck yes.

As if we didn’t have enough of those.

Great! Another entry in the Pikmin  franchise to say I’ve played!

Oh c’mon..More fucking Pokemon? What I wouldn’t give for the days when just 150 was enough. Also, what in the fuck is this? 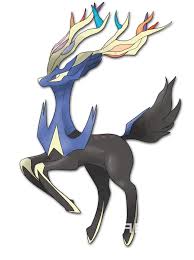 Xerneas? We’re naming them after Greek gods now? No more original names? Fuck this, I`m out.

Well, this was a disappointing article huh?  Writer’s block will do that to you.

Anyways, check in tomorrow for a conclusion of my E3 review.